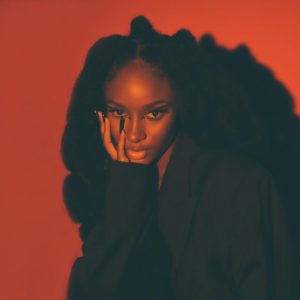 Songbird Ayra Starr is impossible to ignore. Born in Benin Republic, the 18-year-old was raised between the beach city of Cotonou and the cultural hub of Lagos. The mix of cultures inspires her global approach to music, art & life.
She’s inspired by the regal earthiness of Angelique Kidjo, Rihanna’s free spirit and feisty confidence, 90’s fashion music icons such as Aaliyah, and the edgy aesthetic of emo-pop.

Ayra’s sound is truly unique and versatile, drawing influences like classic Yoruba and Beninese music, and artists such as 2Face & Wande Coal. Her music speaks for a generation of young people around the world, especially girls who are finding themselves, united by angst and emojis.

Her strength comes from a close-knit family of music lovers, including her brother with whom she often writes songs. This ingrained love of art also manifests in her interest. She enjoys risque television shows and has experience as a model.
When you hear her music though, one thing is clear; the girls have a new, powerful voice.