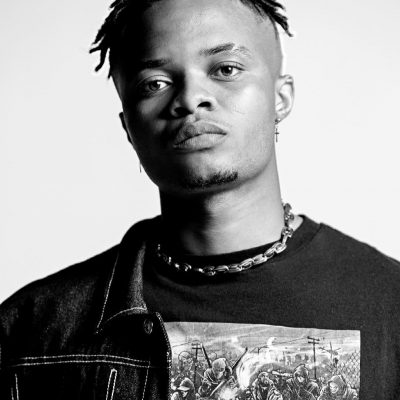 Emerging as a charismatic singer from Lagos, Crayon has quickly risen to become one of Afrobeats’ most promising upstarts. The self-assured singer began making music growing up in Iba, a far-flung suburb of Lagos. His groovy take on Afropop is inspired by the boisterous music of Fela, Wizkid and global hitmakers like Drake, Bryson Tiller and Justin Bieber.

Crayon’s debut, a six-track EP titled “Cray Cray” also established him as an artist with diverse tastes: he’s comfortable crafting hits for the dancefloor on “So Fine” or preaching hardwork and faith on “Aiye”.

Crayon’s music embodies the overwhelming energy of this era; the 2010s. And he’s gotten the shouts to match. The singer was nominated for Rookie Of The Year at the 2019 Headies.

As the year closes, Crayon’s gearing for the release of the music video for “Gock Am”, a fan favourite from his EP.