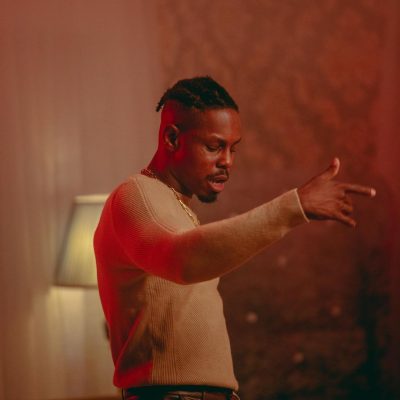 Soft-spoken, technically-gifted and eloquent, LadiPoe is a rapper for all seasons. Born Ladipo Eso, the lyricist first fell in love with music in secondary school. He moved to the US to study Chemistry and Biology at the University of North Carolina at Pembroke.

It was here that he formed the group, Lyrically Equipped with friends, Jeffrey and Kurt. Shortly after moving to the US, Poe was introduced to Tec of the Nigerian rap supergroup, Show Dem Camp. A feature on the group’s hit single, “Feel Alright” launched Poe into the public consciousness.

It was followed by “Find You”, a marquee collab with singer, Funbi which quickly made him a darling among the ladies for its vivid, nuanced depiction of wanton love.

He joined the Mavin stronghold in 2017, with the Altims-produced launch single, “Man Already.” Signing to the label marked an important milestone as he became Mavin’s first rapper. His debut EP, “Talk About Poe” was released in 2018.

Poe’s heavily influenced by the creativity of Slum Village, Lupe Fiasco and Little Brother. The influences are fitting – Poe’s multi-layered verses and subject matter reflect an intellectual curiosity that you would expect of a philosopher, or public intellectual.

In 2019, Poe released the delicious single, “Jaiye” to rave critical reviews. The music video was nominated for “Lemme Know”, a raucous rap single – lauded for its gritty music video – followed.

The rapper is currently gearing for a series of releases and videos to close the year.