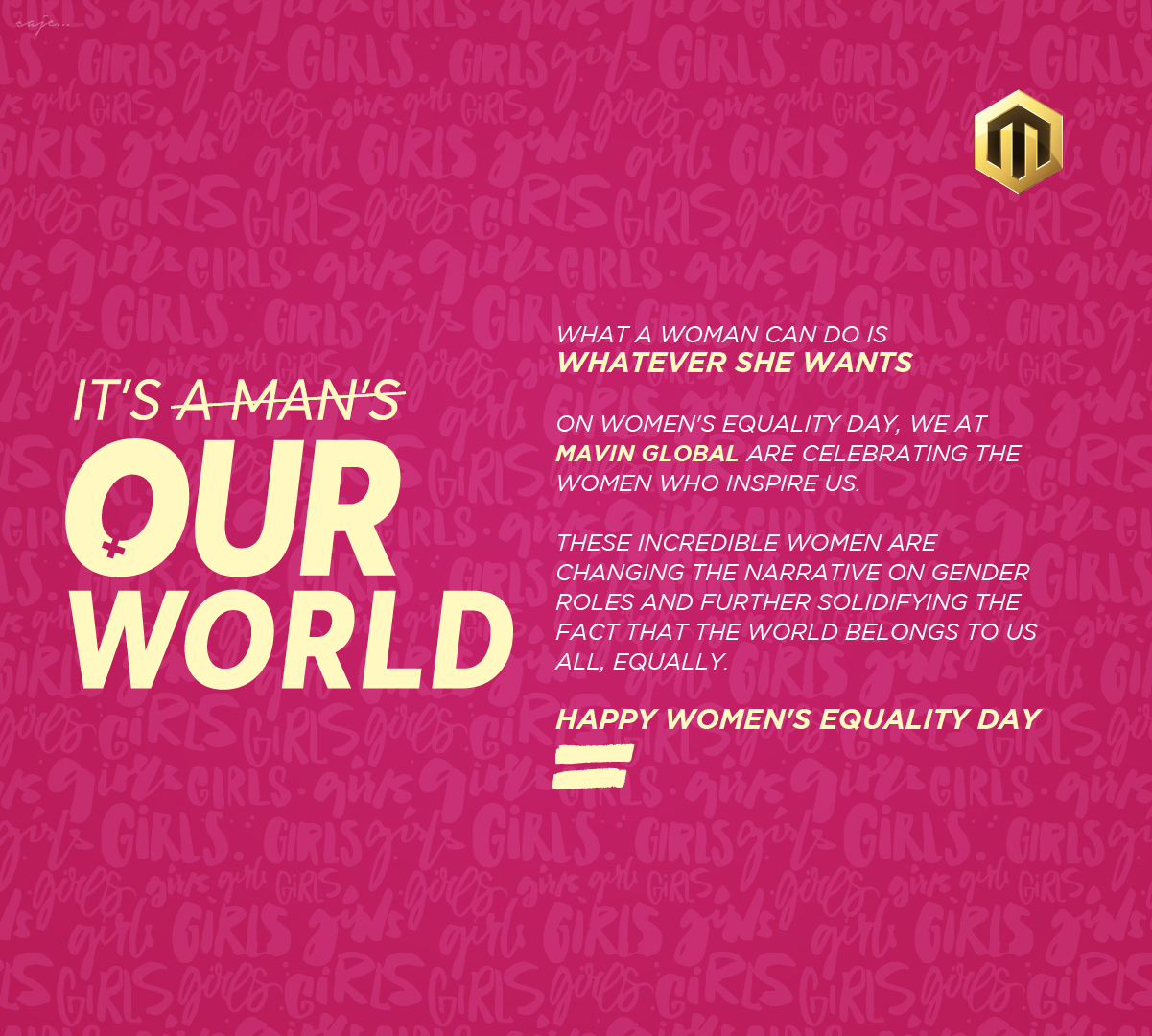 Women rights are human rights. Gender Equality is a precondition for development. These are facts. Yet, our world is structured in a way that discriminates women socially, economically, and politically. The existing social-construct is one that embodies biases that continue to undermine women equality. The good news is, a revolution has begun. More women are beginning to see their gender not as a hurdle but as a force. True to the words of first female aviator, Amelia Earhart, women are beginning to try their hands on the impossible. For Women’s Equality Day, Mavin Records are rolling out a ‘It’s Our World’ campaign – a tribute to women excelling in men-dominated industries in Nigeria.

In the early morning of February 15, 2021, Ngozi Okonjo-Iweala was officially appointed the new Director General of the World Trade Organisation. This news sparked celebrations among Africans across the world. Within the first day of her appointment, social media was rife with pictures of women and girls wearing their gèlè in NOI’s signature headgear knots. Even then it was clear, that the celebration was not necessarily about her WTO’s appointment. This was a moment of validation for women across the world who have known, since forever that the only limit to their potential is the existing system. What better way to challenge this system and this ideology than to prove it wrong?

In this spirit, Mavin Records are spotlighting nine other women of similar fibre. Women that are unified by their incredible ambition in the pursuit of excellence. From Adunni- the famed female kèké rider whose style has added colours to the drab motor parks of Lagos- to the enigmatic Odun Eweniyi- the country’s most famous ‘tech bro’, the It’s Our World campaign looks to inspire women to challenge the status quo and occupy the spaces that society has wrongly reserved ‘men only’.

For Africa’s premier entertainment powerhouse, Mavin Records, celebrating the exploits of women and putting them in leadership positions is culture. The label has assembled a team that is unrelenting in their charge to lead the continent’s sonic narrative. Their exploits on the continent needs no introduction. These teams are led predominantly by women of incredible abilities and character. Key functions across the business is spearheaded by female music execs spanning Operations, Marketing, Finance, and A & R. As a company reaping the benefits of their belief in giving equal professional opportunities regardless of gender, it remains among the company’s core values to lend a decibel to the symphony of voices advocating for women’s equality and inclusiveness.